10,000 Generative CyberTarot From Another Dimension
Join the

CyberTarot is a collection of 10,000 unique cards generated by randomly combining over 450 drawings with 580 unique traits. A unique feature of this collection is the built-in gasless listing Swap Market. 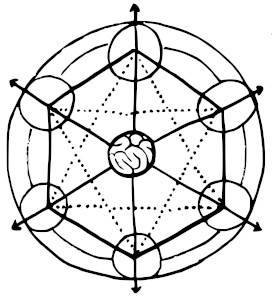 The cards can be collected as single pieces of beautiful art or as mini-decks (10 cards with ranks from 0 to 9) that will grant the owner the possibility of unlocking new NFTs and prizes in the next phases of the project. 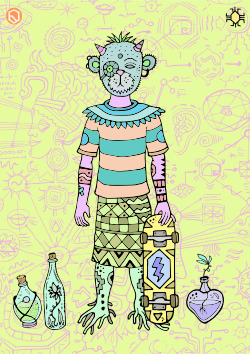 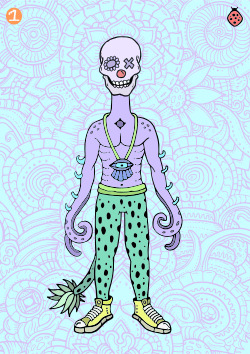 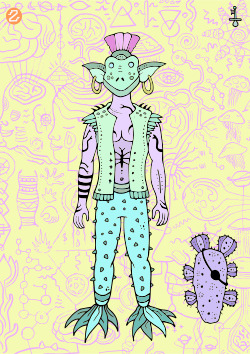 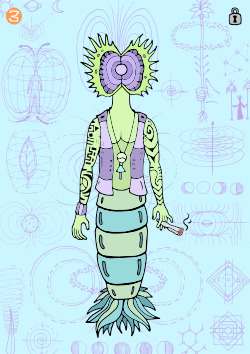 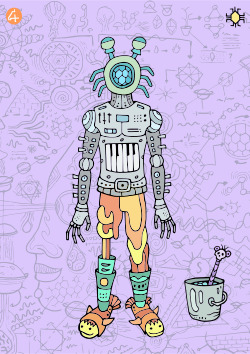 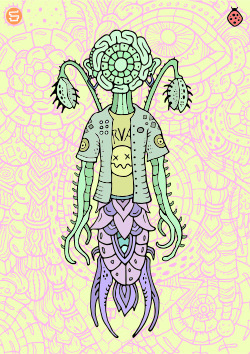 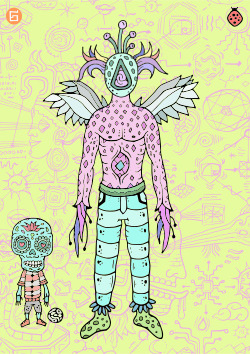 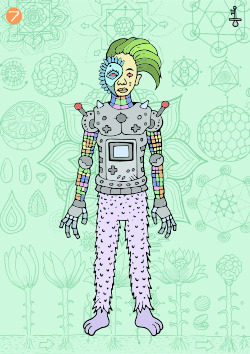 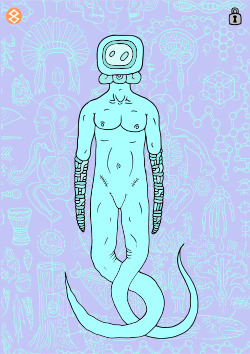 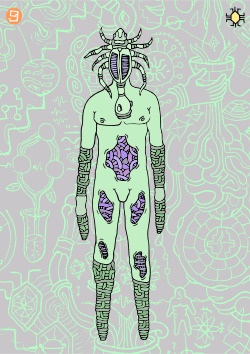 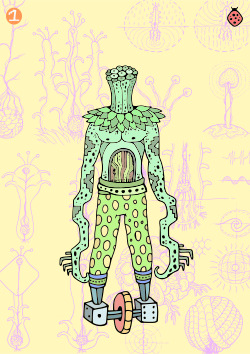 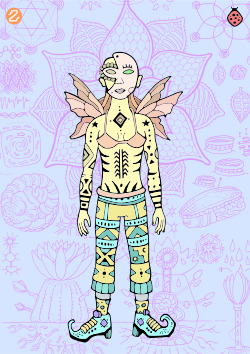 The project takes inspiration from the Tarot game, one of the oldest card games, whose origin and real purpose are unknown. Unlike what most people believe, Tarot cards are not an instrument to predict the future, but rather a language to speak the present, a code to break for a better understanding of one's self and feelings.

Traditionally the Tarot cards consist of 22 Major Arcana (archetypal figure) and 56 Minor Arcana divided in 4 suits (cups, swords, coins, and clubs) for a total of 78 cards, but the CyberTarot do not follow traditional laws! 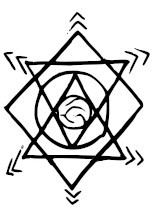 Each CyberTarot belongs to a family (skulls, mystics, dreams, aquatics, humanoids, plants, animals, robots, aliens, outsiders, misfits), has a rank from 0 to 9, and a suit (keys, bugs, locks, chips). They can be mutated if their head, body, or legs are from different families. Some of them have wings, hats, and other items. Sometimes they are represented with their pets, friends, or other objects.

The built-in Swap Market introduces new dynamics for the collectors, allowing them to swap cards atomically in order to build mini-decks composed by 10 cards with rank from 0 to 9. Cards can be listed on the market without paying gas with rules that define which other cards they can be swapped with.

From the original 450 drawings we generated the final collection using a Trait Generator script, the Tarot Machine, that is published on IPFS and uses a random number from Chainlink VRF. This number is used as a seed for the Trait Generator RNG that randomizes the collection of CyberTarot cards. 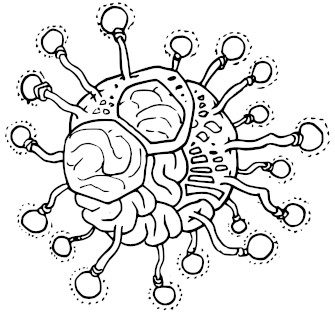 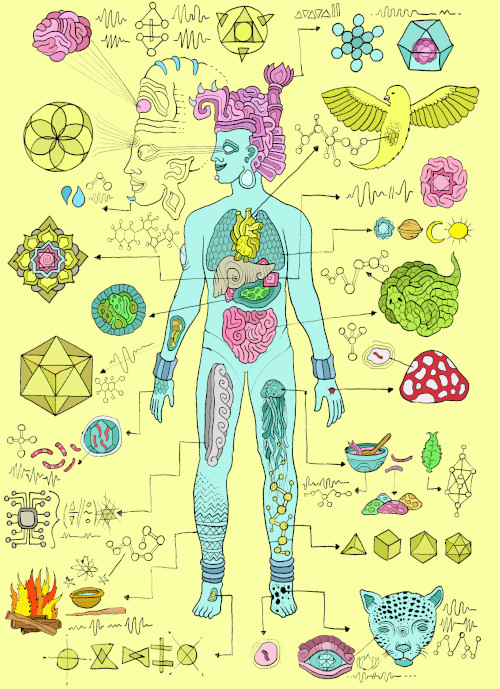 Before you read this, forget everything you have ever known, tear down the pillars of your beliefs, erase your ideas: nothing here seems to follow any of the rules that govern the world we come from.

Thoughts and dreams come alive and intertwine with matter, absorbing and releasing energy and creating life in an infinite cycle of coexistence and codependence. The rules of genetics and evolution don’t apply here, everything is governed by a living web of energy, intelligence and matter.

My name is Attica, I am an invasion ecologist. They call me the bug hunter.

I was investigating the colonisation of our world by alien species, when I believe I got trapped in a parallel reality that I am only starting to comprehend.

These are my notes and drawings, describing this unknown reality to the best of my understanding, bounded by the limits of my senses, and somehow governed by the nature of my dreams.

In the considerable portion of my existence that I have spent as part of this Universe, I have come to know different creatures, directly or through narration. Because they eluded the traditional rules of taxonomy, I have classified them as decks of tarot cards, a passion I inherited from my father, and a concept that is constantly in my dreams.

Instead of curating a collection of pre-generated artwork, all the 10,000 MinorArcana are truly randomly generated with the CyberTarotMachine script that takes a random seed from ChainLink. 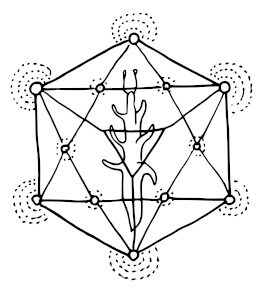 The random seed and the hash of the script are saved in the CyberTarot NFT contract before the minting starts, and the script is available on IPFS.

Anyone can run the script and prove the randomized traits based on the initial random seed. 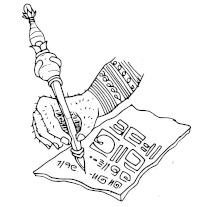 The CyberTarot MinorArcana are stored as ERC-721 (NFT) tokens on the blockchain. Their metadata will be hosted on IPFS after the initial generation. 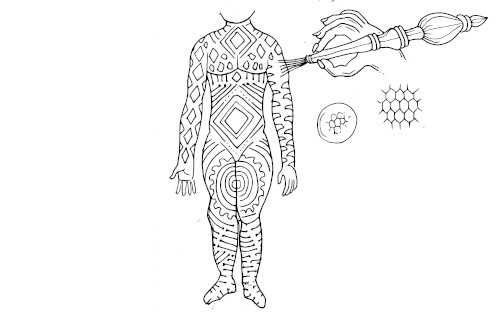 Each CyberTarot is randomly generated from 500 drawings and 580 unique traits, including head, body, legs, rank, suit, hats, wings, pets, friends, and many more. 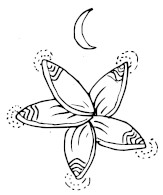 All the final NFTs will be available in high resolution vector image files on IPFS. 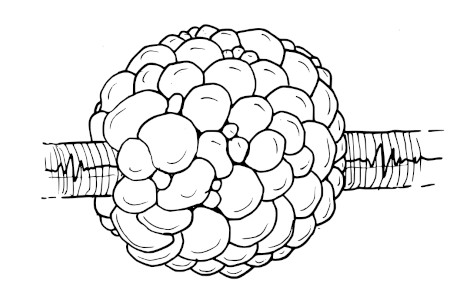 Like swapping cards in real life, the Swap market allows people to swap cards atomically with a single transactions. The "giver" can put a card on the market with just a signature, without having to pay gas. The "taker" can send a transaction with the giver's signature and swap the 2 cards. 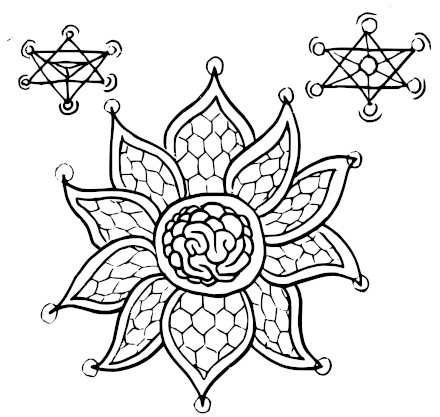 If Alice has 2 cards with rank 1, and needs one with rank 2 to complete a deck (cards with rank from 0 to 9), she can generate a signature and share it with friends. Anyone can send a transaction with her signature to swap their rank 2 card with Alice's rank 1 card. 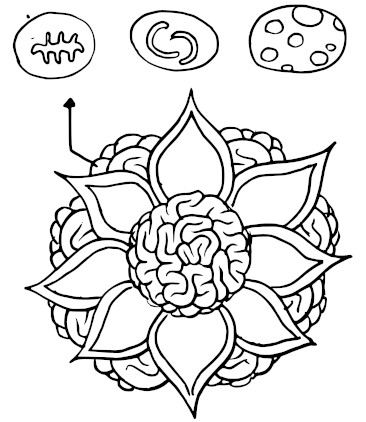 Having a full deck allows to mint MajorArcana shares. 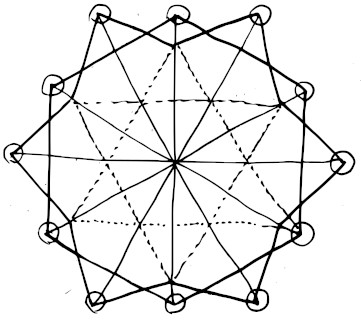 The Cyber Tarot MajorArcana is a set of only 22 fractionalized NFTs that will be released in the second phase.

Each one will be minted once, and anyone with a full MinorArcana deck will be able to take some shares of them.

A royal deck (cards from rank 0 to 9 of the same suit) will give 10 times more shares than a normal deck. 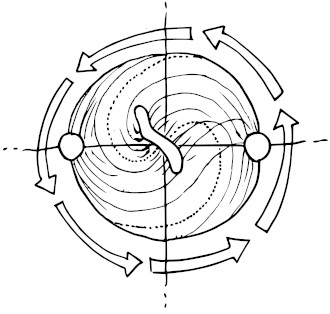 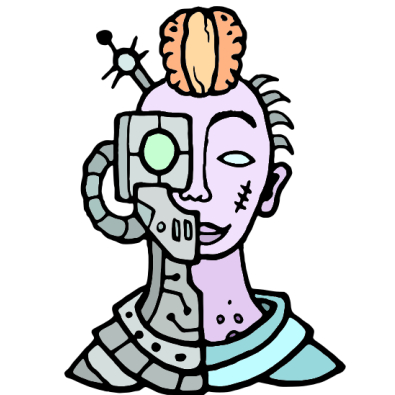 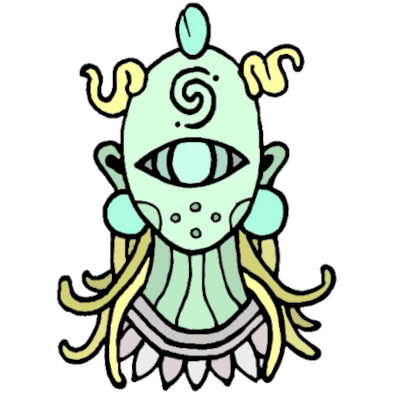